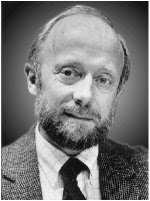 In the tradition of "the other Mike's"* fine series on Miroslav Volf's teachings at the Emergent Theological Conversation (#1, #2, #3, #4), I thought I'd blog some of my notes from Marcus Borg's engaging lecture at the National Cathedral last week, entitled "The Last Week". The lecture shares a title and subject with a book recently published by Borg and John Dominic Crossan, about the last week of the life of Jesus, with an emphasis on the account in the Gospel of Mark. If you'd like to actually watch the talk (highly recommended!), you can check it out here.


Notes on The Last Week, a Lecture by Marcus Borg at the National Cathedral, Tuesday, 14 March, 2006
Pretty challenging stuff, no? Like I said, if you want the whole enchilada, you can get it here.
Posted at 16:45

Great stuff, Mike! Thanks for sharing.

Important question: who's got the cooler name? Volf, or Borg? Or Mike?

Your fan,
The Other Mike

I'm afraid Mike is a lame and common name, my friend. Perhaps in the future we should ask folks to refer to us as "Volf Stavlund" and "Borg Croghan".

When using predictive text on my cell phone, when I type 'Cori' the first word that appears is Borg. I never thought there was actually someone with that name!