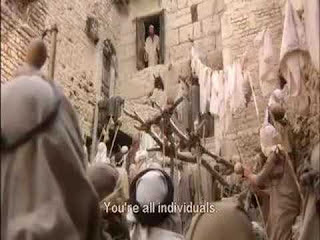 
I think the image, from the seminal film Monty Python's Life of Brian, is copyright Sony Pictures, all rights reserved.  Go buy or rent their awesome movie.
Posted at 16:01 22 comments: