The emerging mainline: too big for your boxes 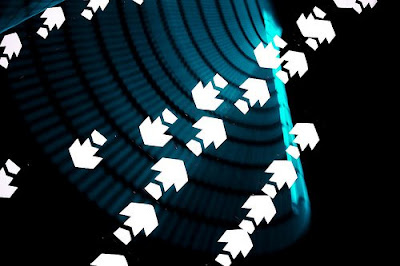 So the other day I had a 30-minute Skype conversation with the Sarcastic Lutheran herself, Nadia Bolz-Weber. She would probably be surprised to learn that it sort of rocked my world, or at least my mental map of the "emerging church" and mainline denominations, and the various ways in which they might fit together. I've been reflecting on a whole bunch of things since Nadia and I talked, but one of them is this: the "emerging mainline" is one seriously diverse landscape (in a good way!). I think there's a tendency among "emerging" types - among post-evengelicals but also among post-liberal mainliners like myself - to try to oversymplify and stereotype that landscape. We should stop. It's not that simple.

And I'm not even talking about the diversity of denominational traditions. Of course, that's hugely significant too: there's a big difference between a Roman Catholic and a member of the United Church of Christ in how they'll tend to approach all manner of questions of doctrine, structure, and practice, no matter how "emerging" they both are. That's huge, but I'm talking about something else that's harder to define - something like the "angle" at which folks are entering the emerging conversation. In talking about this, I hasten to clarify: this is too big for my boxes, fo sho. The categories I mention below are arbitrary, probably somewhat patronizing, and far from mutually exclusive. They're based on my perceptions of folks I've talked with, and little more. I'm just trying to mentally process this a little, and I'm doing it in public on my blog, because that's what the kids are doing these days. Feel free to rip me a new one if I get it offensively wrong. That's how the blogosphere rolls, don'tcha know.

So anyway, these are my major fuzzy categories of "approach vector" to the emerging conversation that I perceive among mainline friends and acquaintences:

1) Explorers. Folks who have heard of the emerging church conversation, maybe read a book or two by Brian McL or someone, and are intrigued and working on finding out what it might mean to them. They're 100% within their tribe, and perhaps haven't explored enough yet to identify any areas of dissonance between the way they're doing church and the emerging ways of thought/practice/etc. that they're exploring. (For the purpose of this discussion, I'll take it as a given that such dissonances exist, or else there would be no such thing as the "emerging mainline". It would just be the mainline.) I think folks in this camp will inevitably end up in one of the other boxes, or else deciding that just "mainline" - not "emerging mainline" - is fine with them. But there will probably be folks who forever remain "admirers" of the conversation: reading and chatting with folks, maybe making minor tweaks to how they do church from time to time, being a little bit of "emerging" seasoning in their mostly "conventional" church stew - and also providing a needed "traditional" anchor for their wilder EC compadres. As is the case with all of these categories, this, in my opinion, is a good and joyful thing. I deeply hope that the EC makes folks like this feel 100% welcome, always.

2) Loyal deserters. Folks like me, who self-identify with one (or more?) of the denominational tribes, have no intention of "leaving" it, have many friends within it, and who join with the tribe for worship, discipleship, mission, etc. all the time. But for all that, we've thought deeply about the ways in which "emerging culture" and "the way most mainline churches do church" rub up against each other in unhelpful ways, and pretty much sided 100% with "emerging" sensibilities in attempting to resolve those dissonances. Not-so-incidentally, it's about 7000 times easier for lay people to choose this route than it is for clergy.

3) Strugglers. Folks who are 100% within their tribes, and who are very (often painfully) aware of the areas of dissonance between their tribe's way of doing things and the way they feel called to do church. Possibly, they wrestle with these issues on a daily basis. They have thought deeply about this stuff, they love their tribe, and they often don't know where to go from here. I think it's a deep and important calling of those of us in categories 2, 4, 5, or 6 - as well as folks entering the emerging church convo from other parts of the Church - evangelicals, charismatics, etc. - to come alongside folks like this and help them find their way into one of the other categories (despite the fact that I look at this struggle as something good and holy and necessary). And a real challenge: loyal deserters like me must rejoice if folks end up doing God's work in a thoroughly within-the tribe context. Tribal or theological loyalists: rejoice if folks end up doing God's work outside the tribe.

4) Creatives. Folks who have found outside-the-box ways of remaining firmly connected to tribe while shaping a life, calling, and community which is very different from the denomination's traditional models. I think of several Presbymergent friends: Troy Bronsink and Tom Livengood in Atlanta, and Karen Sloan in Pittburgh, for example. All three are PCUSA pastors, and this fact is key to their callings and the shape of their lives and the communities they serve, yet those communities are very different from traditional PCUSA congregations, in their approach to almost everything (as far as I can tell): structure, practice, roles, philosophy, etc. Maintaining this tension is hugely challenging for these folks, but I greatly admire their creativity and willingness to sacrifice to live in the liminal space to which God seems to be calling them. (And my sense with a lot of folks like this is that their guiding light is more like "finding a way forward from where I am to where God is calling me" than a rock-solid commitment to tribe or theology, which is why I differentiate them from the last two categories, but I'm probably full of crap on all counts.)

5) Tribal Loyalists. These are folks who are deeply and thoroughly committed to their tribe(s), as an organization of people within a tradition. They believe in their denominations, they are deeply grateful for the gifts that flow to them and their communities from those organizations/traditions (and I am not talking about money, or pension funds - not primarily, anyway). They feel deeply called to give back to their tribe, from the inside. Often, these folks are tireless reformers, working within their denominational systems to help folks see the value of new ways of doing church and to cultivate official structures that nurture, as opposed to discourage, emerging ways of being and doing church. They see this, rightly, as a gift to their denomination. I admire them greatly. A well-known example of this kind of critter might be Karen Ward in Seattle.

6) Theological Stalwarts. This is where Nadia rocked my world. Call me naive, but somehow I did not know that there were folks who are thoroughly part of the emerging church conversation (ground-breakingly so), and whose loyalty to some of the ways their tribe "does church" is based on a heartfelt, deeply-thought-out, nuanced and well-founded commitment to some of the major theological distinctives of their tribal tradition. Honestly, I feel like a bit of an idiot. My impression of most mainline friends, "emerging" or not - especially clergy - is that their tribal loyalty was mostly exactly that: it's about fidelity to a tribe, a people, an organization. They took vows, they committed, and with that they got a package. They may not dig everything in that package, but in faithfulness, they will claim it as theirs. But Nadia really digs her tribe's theology - in a deep and thoroughly supported way. Her commitment to principles like the Lutheran idea of "proclamation" seems as firm as the commitment of any Calvinist I know to TULIP, or the like. I have in the past been guilty of saying things like, "Yeah, the problem with us mainline liberals is that we don't believe our own bullshit. We do things in certain ways because that's just the way they're done. There was originally a theological rational for these things, but we don't own those foundations anymore. Now, it's just rules." But Nadia - Nadia believes her own bullshit. And she's not wrong. She's thought well and deeply about these things. And (now I belatedly realize) she's clearly not the only one.

So once again, these categories are arbitrary, largely useless (except, perhaps, as a thought processing exercise), and anything but mutually exclusive. I am not saying that Karen Ward isn't theologically committed to her tribe(s), nor am I saying that Nadia isn't relationally committed to hers. Nor am I suggesting that either of them has been anything short of breathtakingly creative in the way they've crafted their lives and communities. And obviously, all of us struggle constantly with these tensions.

But anyway, here's my main point (if I have one): the emerging church conversation has been incredibly enriched, IMHO, as more and more mainline voices have entered it. We would do well not to oversimplify the picture of what those voices represent. We are not all people who "don't get it". We are not all people who will never work outside our tribes - but some of us will remain thoroughly committed forever, and our reasons for tribal loyalty are myriad, and good. We are not all people who don't believe our own bullshit. Some of us do believe our bullshit, and are uniquely equipped to bring the real, substantial gifts inherent in that bullshit to the wider conversation - or at least to those who have ears to hear. So...let's listen up.

A Nuanced Conversation -or- The Emerging Church, AD 2009 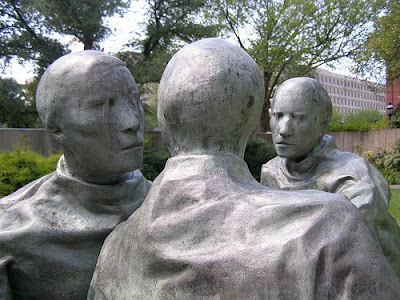 This is what I think we are often trying to say to each other:

"I believe in doing things in the following way.

- But - what I really mean is: doing things in this way is working well for me in my context.

(- Or - possibly I'm just speculating, aka talking out my ass. But that's another matter.)

- Further - I recognize that what works well for me in my context might not work well for you in yours.

- And - I further recognize that the things I'm even trying in my context are largely conditioned by my preferences, convictions, and assumptions.

- That said - I really think that some of these things may actually be better in general - i.e., even in your context - than what you're currently doing. (I could be wrong.)

- What I'm saying is - I recognize that my claims are deeply conditioned my my context, as well as my preferences, convictions, and assumptions. But so are yours. And that's why each of our insights might have value to the other - beyond the subjective, beyond the particularly contextual. (Although they will certainly be useless to you unless they are adapted and embraced by the people and the context that you call home)."

This is what I think we too often hear:

I don't lay the blame for that at the feet of the listener, either. Too often, what we're saying boils down to: "you're wrong". Because it's almost like shorthand...you know what I mean? Because all that nuance is hard, and it's exhausting.

The one thing the Emerging Church is going to need more than anything else in the next few years, IMHO? Huge, heaping piles of grace. Big, steaming servings of John 13:34-35. Lush buffet-style banquets of love for one another.

(P.S., Nadia, if you're reading this, this is not meant to be a reflection of our conversation, but rather the result of further reflection on some of the things we talked about.)