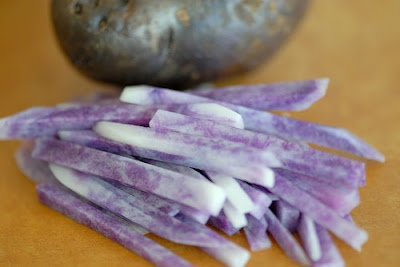 Active lifestyle update for the past 7 days:

This may not seem very impressive to you, or perhaps it sounds like bragging. But to me, the fat kid with bad eyesight who always got picked last for every team in gym class and who (barring a little occasional hiking, biking, and skiing) never did much of anything remotely athletic until about five years ago - I've come a long way, baby. A frakking hard-fought, slogging-but-ultimately-rewarding long way. So maybe I am bragging. So what? Brag brag brag. I feel good.

This past week is also the week I've officially lost 20 pounds since January 1st. And falling!

A Day at the Races Cross Country 5K

If you'll be in the area and want to join Tina and me, y'all come!

Stuff the Church could toss 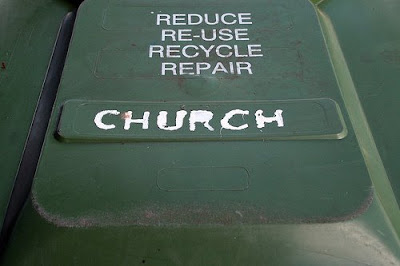 Almost a month ago, I made a long-ass comment on my friend Jan's blog, and I haven't thought much about it since. But then, today, out of the blue, someone ran across Jan's post and my comment, and emailed me about it, which led me to re-read it and think, "Heck, that's a lot of words...I might as well put them on my own blog too." So: Yeah, I wrote some words about "what the Church could toss". Let me show you them:

OK, Jan, I can't resist. But I would definitely go with your wisdom: this is contextual. I'll only list a couple things that I think should *always* be tossed from every church context (despite the fact that they are present in almost *every* church context), and then a bunch more that tend to be assumed to be necessary for nearly every church context, but are, really, truly, in my not-so-humble opinion, needed in fewer and fewer contexts.

Power struggles. If there is a power struggle in the church, at least one party *must* find a way to redefine the game in the vein of Philippians 2. My fellow Anglicans in Northern Virginia (and elsewhere) are doing a stellar job right now of demonstrating FAIL in this regard.

Nominalism. All churches need to find ways to stop selling snake oil. Showing up for two hours a week and chipping in for the offering is *not* the same thing as following Jesus. Following Jesus is *way* better. Why are we offering folks watered-down Dr. Pepper when we have the the most real medicine there is? Preaching about the difference doesn't solve the problem. How do we stop making nominalism a viable option? (BTW, this doesn't mean that we all don't need times when we don't serve, but are just served - but there is a big difference between a Jesus-follower going through a desert time, and a nominal Christian. Our churches are full of nominal Christians who will never pick up their cross and follow Jesus, as long as "show up and consume" is a viable option.)

List 1.5: On the bubble. (I've yet to hear a convincing case for why this is good in any context, but I'm not sure about it):

Large congregations (i.e., ones that start to approach 100 people). I mean congregations that are trying to be an interdependent community of disciples, not church institutions that are explicitly there only to provide services for any and all (eg., cathedrals). There are major drawbacks to large congregations (anonymity, nominalism, loss of community, need for depersonalized programs) which are not, as far as I can tell, mitigated by other advantages. (Nor are they solved by the magic bullet of "small groups.") In other words, I know of many things that small church communities can do better than large churches, but I don't currently know of anything that large churches can do better than a network of small churches - except make leaders feel important.

List 2: Toss 'em, contextually. (They aren't always useful, but have been useful in the past, still are in many contexts today, and will continue to be so in the future.)

"Educated" clergy. (Gosh, everybody's educated one way or another.)

The role of "pastor".

Any sort of clergy-laity distinction at all.

Most other prescribed church roles.

Hierarchical leadership (one person ultimately in charge of the organization - plural leadership among a team of equals *works*).

Formal programs of every kind - "the church" does not need to provide programs for "the people" - the people *are* the church!

Most other church assets.

Anything at all that's there due to a sense of entitlement, "it's always been that way", or an assumption that it's necessary. If folks want to keep doing something, then they should certainly keep doing it. *We* are the church, so there should be no sense of "the church providing this for us" - if it's needed, or wanted, then you (whoever feels the call) are the church - provide it!

But, you know, I can be a bit radical when it comes to this stuff. ;-) 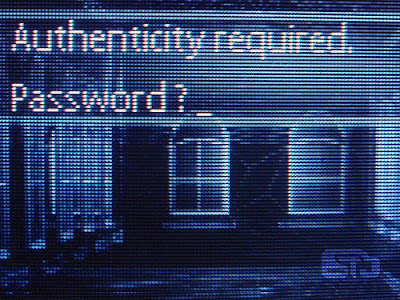 Set your password to an acronym of the words of a favorite song, poem, prayer, or Bible verse. Mix up the case (upper/lower) a bit, and substitute some numbers or special characters to improve security. Benefits:


Example: Take the first verse of the well-loved Psalm 23:

The LORD is my shepherd; I shall not want

Mix in a couple special characters:

Voila - a fairly high-security, relatively easy to remember password...which also reminds you, every time you log in, that God's got your back.