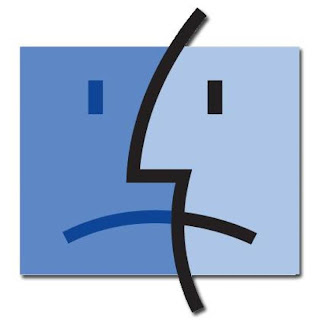 OK, so as of this year, I'm a fervent Mac convert.  Dyed in the wool, drank the Kool-Aid, bought the t-shirt, dyed the t-shirt with Kool-Aid.  Whatever.  Not going back.

The way Macs do window and app management is boneheaded.  (Disclaimer:  I'm still on Snow Leopard, but I don't believe Lion has improved this stuff - I'd be glad to be wrong.)

In Windows, here's how you need to think about managing your windows and programs - opening things, finding things, managing what's eating up your resources, etc.:

1) Is the app open *or* pinned to the task bar?  Great!  You can find it in the task bar.  Always, always, always.  Doesn't matter if it's closed and pinned, open and minimized, open and in the foreground, or open and hidden behind another window.  Always in the same place, in the task bar.  If you want it, you know where to find it.  And it'll be clear whether it's open (which means its eating up resources) or not.  Hint:  if you close it, it's closed, and not eating up resources.

2) Can't find the app in the task bar? It must be neither opened nor pinned; you'll need to open it from the Start Menu or something if you want it.  If you use it a lot, you might want to consider pinning it so you only ever have to think about #1.

Here's how it works on Mac (Snow Leopard, anyway):

2) Is the app open and hidden behind some other window?  Good luck finding it.  There's no indicator in the dock that it's open. (You might be able to tell from the little glowy light that it's *running*, but that doesn't tell you whether or not you've actually got any windows open.)  And if you try to click on the app icon in the dock, very often nothing will happen.  What??  The window's already open.  So it's behind another window.  Not MacOS's problem.  Start pawing around in Exposé or whatever, or dragging windows around.  Good luck.

3) Is the app open and minimized?  OK, *then* you get a little window icon on the right side of the dock (if you've turned that feature on).  Make sure you keep careful mental track of which of your windows are minimized and which ones aren't, so you'll know whether looking down there will be of any use to you.  And don't try clicking on the main app icon in the left-hand part of the dock to get back to something you've minimized.  That doesn't do anything, silly!  You're supposed to click on the one on the right!  Did you forget it was minimized?  You need to keep better track of that stuff, in your brain.

(I know that's because you might have multiple windows.  But if you've only got one, why not open it?  If you've got three, why not bring them up in Exposé?  Really, "do nothing" is the best you could manage??)

4) Is the app *running*, but with no windows open?  This state is visually indistinguishable from "running with a window hidden behind other windows".  So make sure you keep careful mental track of whether you've got any windows hidden behind other windows.  Also, as a special feature, most Mac apps will happily keep running (and eating up resources) even if you don't have any windows open (and even if they don't have any legitimate background work to do).  I'm always running around looking for rogue glowy lights in my dock so I can close programs that I'm not actually using right now.  On Windows, almost always, the little X means "If this is the last/main window for the app, close the app - don't just close the window and keep the app running and eating up memory."  On a Mac, the little red circle usually means, "Close the window, but even if this is the last/main window, keep the app running, because lightning-fast startup is more important than ongoing performance of the apps you're actually using."  No, it's not.

5) Is the app actually closed - no little glowy thing on the dock?  OK, then you know where you stand, and it's as convenient as Windows - open pinned apps from the dock; for other things, head to your Applications folder.  But once you open it, make sure you keep careful mental track of whether it's:

One of the few things I miss about Windows is that in Microsofty-land, the first state mostly doesn't exist (unless there's a reason for it), and the second, third, and fourth are visually identical:  wherever your windows happen to be, you can always find them in the task bar.
Posted at 11:04 5 comments: