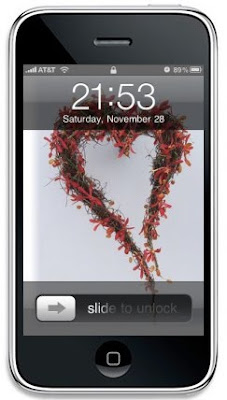 Giving in to only a little mild goading (I'm easy to goad), I went ahead and did a silly one. It's a JOKE, 'k?

I think, in truth, that I shall never see
a pocket-filling block to rival this.
Could better friend than thou, o iPhone, be?

Except for fear of moisture, I would kiss
your clean-lined form, and know I’ll never own
a pocket-filling block to rival this.

Your screen so touchable, as smooth as bone,
Your compass...gyro...hidden deep within
your clean-lined form. And no, I’ll never own

A tiny fraction of your offered apps.
Some use your GPS, while others need
your compass...gyro...hidden deep within.

With you I never may miss tweet nor feed.
The people ‘round me...happy with their phone?
Some use your GPS, while others...need....

Apart from you, my most beloved one
I think, in truth, that I shall never see
People ‘round me happy with their phone.
Could better friend than thou, o iPhone, be?

image derived from Heart of flowers by zakwitnij (rights)
Posted at 21:37 1 comment: 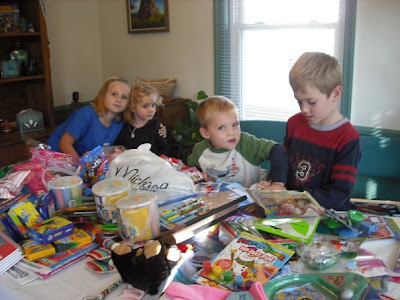 So last year, for Christmas, I wrote a Sestina. I didn't post it electronically; it was mostly a dead-trees-only thing. If perchance you want a copy, though, I'll be happy to send you one.

This year, for Christmas, I wrote a Terzanelle. Same deal: mostly dead trees, but if you want to read it, let me know.

So I really dig these complex, sorta-mathematical poetry forms. They're like a coding project for me: give me a problem space, and a language with rules, and I write words that shape a possible (and hopefully elegant) solution to the problem. That may sound un-poetic to you, but I'm a code monkey, and to me, it's beauty.

So anywho, writing the Christmas Terzanelle was hella fun, even though it's kinda dark-yet-hopeful in my typical emerging-emo (Emo-mergent?) mode. So I decided, with a little encouragement from friends on Facebook, to try writing another one.

In case you're interested, the form of a Terzanelle is:

We tripped in, two by two and one by one
wond’ring, could these strangers walk with me
together on this journey we’d begun?

We looked around with narrow eyes to see
the woman at the mic, the child and dad
wond’ring, could these strangers walk with me?

That girl seemed full of joy; that man, so sad –
their stories all such mysteries at first –
the woman at the mic, the child and dad.

We came with hope. We also came with thirst,
and slowly found rich nourishment within
their stories, all such mysteries at first.

We looked around, eyes wide, and saw our kin.
We gazed across the Table at our friends,
and slowly found rich nourishment within.

Through common means we found our common ends.
We tripped in, two by two and one by one.
We gazed across the Table at our friends,
together on this journey we’d begun. 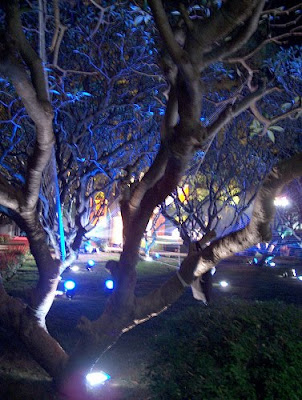 I'm just sort of thinking out loud here. Different forms of communication, right? Too freakin' many. Currently, I consume the following forms of electronic communication:

Then there are communications from myself - Calendar events, Evernote and reQall items, etc., - which could be lumped in above - but those aren't really my problem. Communication with other people is my problem.

So here's what I want:

That stuff would make me (a little) healthier, wealthier, and wiser when it comes to my info overload and Chronic Partial Attention syndrome, I think. I'm edging ever closer to it, by screwing around with a wide variety of notification apps, etc., for both platforms I use (PC and iPhone). But I'm still a ways away, especially on that third bullet on consolidating cross-posts. If y'all run across tools that make this stuff easier, let me know? Thanks!

Some of where my head is at these days

So this past Sunday, the three of us from Common Table who went to Christianity21 (Amy, Mike, and I) did a worship service "inspired" by our 5ish days in Minneapolis. We described it as: "CT21: three 21st-century attempted-Jesus-followers will be given 21 minutes each to try to convey to y'all how this conference messed us up." And it was actually pretty raw, and (for me, anyway) moving.

Toward the end of my bit, I said something like, "I'm certain that in six months, my role with CT is going to be substantially different from what it is now." My friend Kate, who had stepped out at that point to take care of her little daughter Maddie, heard about what I said from her hubby, Matt. They were interpreting me as saying I was planning on stepping away from my role on the CT leadership team, and Kate e-mailed me to ask, "Whoa, what's up?" I replied to Kate with an email that was substantially the same as what follows. (I edited it somewhat for a more general audience.) I'm posting it here because Kate thought that others in the church might have similar questions, which sounded like a possibility to me too. And I suppose my friends who read this blog but aren't part of CT might be somewhat interested in where I'm at these days as well. So here we go!

So what I said was that I feel certain that in six months, my role with CT is going to be substantially different from what it is now. The reason for that is summed up in this cartoon, which I also put up on the screen at the end of my bit:

Basically, I came back from C21 with a new sense of conviction that this, more or less, is the gospel: It doesn't matter what you've done, or what has been done to you; you are loved. There is hope. God loves and accepts you. (There's much more that follows, of course - this love and this hope means that as we walk forward together after Jesus, freedom from the tyranny of both our sin and our pain is possible - not freedom from sin and pain, but from being enslaved by them. Just to say that I'm not oversimplifying and saying it's all about love and hope, and sin and pain are not important - but my new conviction is that "you are loved and accepted, no matter what" is the core of the gospel.)

So further, I'm newly convicted that the work of the Church (big-C Church, not just ours) is to connect with people who need to hear that good news - people who have been beaten and broken by life ('cause life does that to all of us), and to somehow help them believe that that love and acceptance is real - demonstrating that God loves and accepts you by showing that we love and accept you. I think this is why the Church exists - this is participating in the redemptive work of God in Christ.

Now, I actually think we're really good at that at CT. This kind of redemption has happened to me in my life with CT, and I know I'm not the only one. But like every other church I've known, we are that guy in that cartoon standing in that church door. I am that guy. If someone happens to stumble into the back of Jammin' Java on a Sunday morning, in need of love and acceptance, there's a pretty good chance they'll find it. But that happens bloody rarely, and we (CT) don't do anything any more except Sunday services. We don't do service-worship projects, we don't do spiritual formation, we don't do parties. (Our friend Vinny recently started a mid-week thing which is beginning to push back on that, for which I'm grateful, but what I said has been pretty true of us for a while now.) I'm not saying this is someone else's fault. I own the fact that I'm part of what got us here. But the upshot is: almost every minute of the considerable time that I put into volunteering for CT is geared toward enabling us to put on Sunday services for us - we who are already safe and warm and on the inside.

(As an aside, reflection on this has given me some possible insight into how ministers at larger, "regular" churches can have job satisfaction, even though my observation is that the majority of folks in those churches are fairly "nominal", not really folks who are actively trying to follow Jesus. I think part of it is that in larger churches, crises that require pastoral care happen with enough frequency that the ministers know, beyond doubt, that they are doing meaningful work. And they're right. But that's just an aside.)

So anyway, my conviction is that I need to be more about the gospel (as I understand it) and the work of the Church (again, as I understand it) and less about putting in hours to make sure we have worship services - especially when it's possible to worship God in fulfilling ways in any number of churches in our area.

HOWEVER: I truly hope that it's less a matter of me stepping away from the leadership team, and more a matter of us, together, changing what we're doing so that this calling I'm feeling and my role with CT are not as incompatible as they feel right now. That said, of course I'm not going to impose my "vision" or whatever on everybody else. We'll just have to see what happens. I feel like this is something I need to do, personally (though I don't yet have much of an idea of what it will look like), and if I do have to pull away from leadership at CT (because CT is going in a different direction), then I will - but it wouldn't be my first choice.

So as Stav says, I came back from C21 with "a full head of steam" - and I've got lots more going on in my head right now - including the beginnings of ideas on how to free up some of what I'm currently doing, etc. I won't go into that stuff now, because I've already gone on way too long. But, more to come.
Posted at 20:39 1 comment: