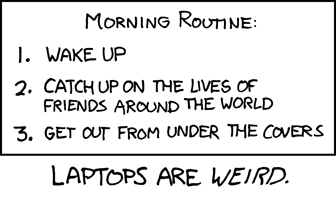 (Note: The diagram above, IMHO, is BS. I love it when people draw "orthodox Christianity" in such a way as to exclude the VAST majority of Christians who would fit traditional definitions of orthodoxy. But it is BS that was helpful to someone, so yay.)

So: lots of folks in the Emergent world have been a-twitter over the new network being formed by some folks who have been active participants in Emergent Village and the wider "emerging church" conversation. The concern, I think, has been along the lines of: "Why? Why a new network? Why not stay committed to the one we've got? The diversity of the existing conversation is its strength!"

But to me, it just seemed like a natural thing. In many ways, the new network seems like it's just "Evangemergent". It's a network of folks who are, de facto and by association, part of whatever this "church that is emerging" is becoming - but who don't want to give up on some of the cherished distinctives of their traditional background.

In that sense, it's like the denominational networks that Phyllis Tickle calls the "hyphenateds", such as Anglimergent (Anglican and Emergent), Presbymergent (Presbyterian and Emergent), Luthermergent (g'wan, guess), etc. Just as the folks in those networks are part of this emerging thingamajig, but don't want to give up on the structures, organizations, and traditions of their denominations, the folks in this new network will (it seems) be part of the broader conversation while remaining committed to some of the core distinctives of the evangelical tradition (notably: the primacy of evangelism, and a commitment to doctrinal statements - in this case, the Lausanne Covenant.)

Though I have somewhat mixed feelings about the "hyphenated" networks, I'm an active participant in Anglimergent, and in general I think these networks serve a valuable purpose in widening and broadening the conversation. On the other hand, it is worth noting a difference between this new evangelical network and the other "hyphenateds": in rallying around the Lausanne Covenant, one strongly suspects that this new network is at least partly motivated by a desire to connect with evangelicals who would explicitly divide with folks who do not affirm a proper evangelical doctrinal statement. This is different, I think, from the networks that affiliate with the more mainline denominations: though those denominations might (due to lack of knowledge or competing priorities) have little interest in engaging with the "emerging church", they would, generally speaking, not draw their "circles of orthodoxy" in such a way as to exclude it. (See, in contrast, the diagram above.)

But really, I think that's fine. Folks like Scot McKnight and Dan Kimball have stated that they intend to maintain their connections and friendships within the existing "emerging" conversation. And if they do that while also engaging with folks who would be leery of connecting with some "emerging" folks due to a perceived lack of doctrinal clarity, then yay. The conversation has been widened, and broadened. And that's fine with me.
Posted at 21:36 4 comments:

This just in from Sara and Jason:

Are YOU ready for the election??
The DC Cohort will meet TOMORROW Tuesday October 14th at 7pm at the Front Page. Jason Mack will lead us in a discussion about the politial times and the church. Seeing as the election for our next President: Commander and Chief is around the perverbial corner, we thought it would be good to flesh out what everyone is thinking about the state of things as it relates to the church.

Our next gathering (November 11th) will take place after the election so at that time we will really be able to take stock and talk about what the future might hold.
We hope to see each of you at the Page at 7pm TOMORROW night, Oct 14th.

(The Front Page is across the street from the Dupont Circle Metro. We are the motley crew with the large table in the corner)

Probably not, I guess. But when Whitney pointed me at this Monster Maker from the San Antonio Express News (See? Newspaper websites do so make a valuable contribution to our culture!) - well, this is just what jumped out. I didn't set out to make him, but kinda like the golden calf - shazzam! There he was. 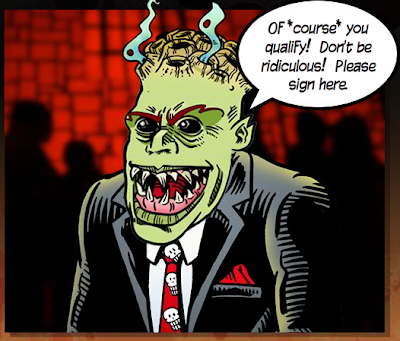 I'll get to work repenting now.
Posted at 13:30 No comments:

Hollywood calls YOU to responsibility as a citizen of Empire

The Hollywood pantheon has spoken. It's cute and cheeky, and frames issues in a very liberal-entertainment-wing-of-the-Empire sort of way, but I have to say I agree with the basic message: to fail in this fundamental exercise of civic responsibility is to deny our complicity in the heartless and horrible acts that Empire commits in our name.
Posted at 08:55 No comments: