The Continuing Conversion of the Church (3) 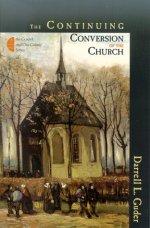 Chapter three of CCotC is entitled "Mission as Witness". In it, Darrell Guder argues that the essential character of the mission of the followers of Jesus is to be his witnesses. To begin to explain what this means, I think I need to quote the first paragraph of this chapter in full.

What makes the gospel truly good news is the fact that the Jesus events are the outcome of God's loving decision to heal the broken creation. We have described this as God's mission. To demonstrate divine love, God brought about salvation for all creation in the death of Jesus on the cross. That joyful message is now to be made known to all the world. That is how God's mission now continues. The center or core of the missio Dei is evangelization: the communication of the gospel. Carrying the good news across all borders and into all the world is an essential part of the kingdom message which Jesus brought and embodied. Jesus Christ intended the mission of the apostolic faith community as the necessary consequence of God's redemptive work for all creation, which was accomplished in his life, death, and resurrection. "A clear line of connection can be drawn between the sending of Jesus and the sending of his disciples: as Jesus reflects in his actions the goodness and righteousness of his Father, who send him into the world, so his disciples become witnesses and the image of Christ to those to whom Jesus sent them.

Further:
OK! Having established the centrality of mission and evangelism in Chapter One, the surprising expression of God's mission as Good News in Chapter Two, and the fundamental identity of Jesus' followers as those who are, do, and say his witness in Chapter Three, we move beyond foundations into Part Two of the book: "Challenges". And the challenges flow right out of the last bullet-point above: the absolutely necessary process of translation required as these witnesses spread the Gospel and translate it for each new culture. How does this cause challenges? Find out next time....
Posted at 21:23

Really enjoying Gruder, thanks. Just saw that you've linked me on this blog: I'm not really an 'emerging leader' or any kind of leader at all. In fact, I'm rather obscure on the emergent scene in SA - just starting to get acquainted with it. You may want to change that. But thanks for linking me :-)

Not a leader? That's not the impression I get from here:

In fact, the first sentence on the Emergent Africa page states categorically that Emergent Africa is a conversation among leaders. You're engaging (quite notably) in the conversation, ergo you're a leader in my book. :-) I think I'll leave the link as is.

(Perhaps your leadership is emerging just like the church you're a part of!)