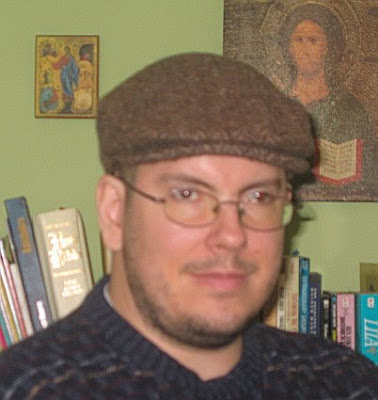 When my brother Sean and I were at our Mom's place in Charlotte over Thanksgiving, Mom brought out a few of Dad's things for us to take home, if we wanted. (Dad passed away this past April.) So I now have a small collection of items whose value is undoubtedly only sentimental - one of Dad's badges from work; a couple of Roman Catholic devotional medallions that were apparently given to Dad by a (high school?) girlfriend - along with a couple of items which may have monetary value, but which I have no intention of selling - Dad's dress watch; a ring with what might be an aquamarine stone.

But Mom also brought out a simple brown herringbone tweed cap, made in Ireland, which she had bought for Dad within the last few years. Dad really liked the cap. He wore it often, and it suited him - gave him a rather roguish look, actually, with his white goatee and the smartass twinkle in his eye.

So Sean and I had pretty much zero trouble deciding who should take any of the other items, but we both left the cap for last. When we got to it, we each tried it on. It fit us both perfectly. It looked good on each of us. Mom asked, If we had it, would we wear it? We both answered honestly: Yes.

So Mom suggested that we revisit the issue later, and we both agreed, and I didn't think much more of it beyond the ride home after Thanksgiving.

Then, on Christmas day, when all the other gifts had been opened, Mom brought out two identical-size, identically-wrapped boxes. She gave them to Sean and me, and we each opened one at random. Each box contained an identical brown herringbone tweed cap. Mom had bought another one from the same place where she'd gotten the original one for Dad. She'd weathered it using some secret, arcane, Moms-only weathering techniques. And she'd given one cap to each of us - with neither she, nor either of us, nor anyone else knowing which is the "real" one.

I suppose if we were to carefully examine them side-by-side, we might be able to make a strong guess. But we aren't going to do that. Barring that, it's kind of like "Schrödinger's hat": in absence of the paradox-resolving observation, the two mutually exclusive possibilities are both true: Sean has Dad's cap, and I have Dad's cap too.

And I think that's awesome. And I think my Mom so totally rocks. (And when we opened the boxes and I realized what she'd pulled off, I was pretty thoroughly overcome, but I covered it up by giving her a long bear hug and she didn't even know - but I told her later.)

I'm in ur interwebs hackin ur life

So this is another thing that I'm the last person on earth to find out about, but a big tip of the hat to Tony for pointing me at Lifehacker, o great font of wisdom that it is.

In just the last day or two that I've been following it, I've found all kinds of good ideas. To pick out just two, which I'm now using in a satisfied manner:

I heart Digsby. Bye-bye Pidgin (which is going the way of Trillian and AIM before it).

I heart foobar2000. Bye-bye WinAmp (following Windows Media Player and iTunes before it - though I still use both of those sometimes).

Lots of other good stuff there too, much of it non-computer-related. Check it out!
Posted at 21:24 No comments: 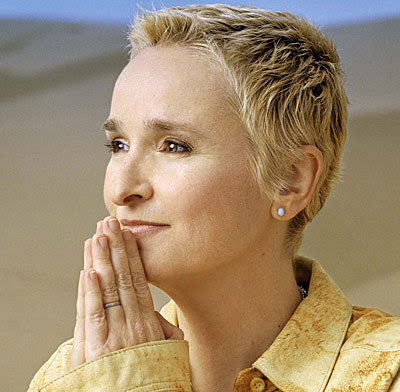 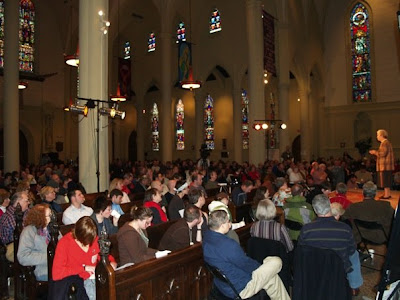 I've never recycled my own tweet as a blog post before, but here, I think, is the best I can do in summing up the Great Emergence. That's the conference I just returned from. I'm pretty sure it changed lives. And I'm willing to go with Phyllis's intuition that it was a significant milepost in a phenomenon that, whether we like it or no, is changing the world.

If you want to know more (and there is much more), email me or let's go out for coffee or beer or something. But that, I think, is the essence. From where I'm standing, anyway.