Len on tentmaking and paid ministry 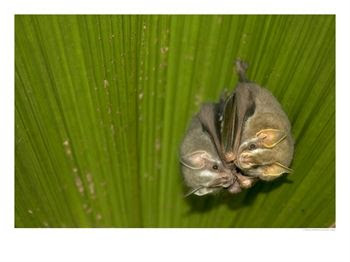 I've said it before, and I'll say it again: Len Hjalmarson rocks. And another thing: I'm so glad he's Canadian. Why? Because my friend Tim keeps reminding me that he thinks my strong preference for non-hierarchical forms of leadership and organization is more an expression of American individualism than it is of identification with the postmodern cultural shift. But when Tim says this, I can point toward Len and say, "But Tim, what of Len? Len's not American. He's Canadian."

(Actually, a lot of the most interesting folks that I'm aware of who are thinking about and practicing new forms of ecclesial leadership and organization seem to be from Canada. So there.)

Anyway, today Len posted an excellent blog post on paid church work and "tentmaking" (the practice, named after the livelihood of St. Paul, of doing the work of God while earning one's income from some secular source). If you do God's work - whether you get paid for it or not - I encourage you to read it, think about it, and maybe even pray about it. It's good.

UPDATE: Len just posted a follow-up. It's also excellent. Give it a read!
Posted at 16:14

My strong preferences for non-hierarchical forms of leadership come out of my deep sense that true community is built on mutuality and egalitarian relationships.

The structure of most organisations (including the many in the church) come out of a military colonial form of government established by the Roman empire. My observation is that US culture and leadership is built on such a model.

Hi Mike. Glad to see that I continue to be a thorn in your side. :) We're about 50/50 on whether we're moving to Canada. If we do end up there I'll be sure to continue to throw out cheap jabs on the individualism thing.

I really did like the posts. For the last five years I've been in the interesting position of concurrently having one part-time job in the institution and one part-time job outside of it, which has really allowed me to see both positives and negatives on both sides. I'm currently thinking seriously about pursuing ordination to the diaconate in the Episcopal/Anglican church largely because it's a bridge-building role where you aren't generally employed by a church, but are ordained with the expectation that you'll live and work in the real world.

(As you know?) I've been seriously pursuing the priesthood for almost three years now, and still generally feel called to that role as it's described in the BCP. However, I've got some serious problems b/c I'm pretty sure that I never want to be employed by a parish full time--I want to have a diaconal priesthood, which is actually a perfectly solid idea from an Anglican theological perspective, but pragmatically might be difficult to execute in the real-world Episcopal church. My immediate concern is that it's almost impossible to be ordained to the priesthood in the ECUSA without spending 3 years and $35-40K on Episcopal Seminary, and how can I justify that (to myself and my wife), while already having $25K worth of debt from previous theological training and not intending to use the MDiv to make any money? Preparation for the Diaconate, on the other hand, is basically free, although it doesn't fit my sense of calling as well as the priesthood.

I'm going to be emailing my bishops on this soon to see how they respond. Karen Ward has been working with them to establish a sort of internship-model track to the priesthood, so we'll see what happens with that. The church has changed, and "tent-making" is indeed the wave of the future, if you ask me.

Sorry for the delayed response, but I agree with your estimation of the model for US culture and leadersip.

Yeah - you know I wouldn't keep going back to your charge of individualism if I weren't more than a little afraid that there's truth in it. But being afraid of such things is healthy, and I appreciate your thorniness.

Re: the priestly vocation. Bah. We're all priests. This is born out by all three legs of my personal three-legged stool (Scripture, community, and experience). But I understand (sort of) your reasons for wanting to work within the system that wants to regulate who gets to exercise the priestly vocation that (IMHO, plus the humble opinions of Sts. Peter and John the Revelator) we all share.

I understand my reasons too, sort of.