Authority in the Church 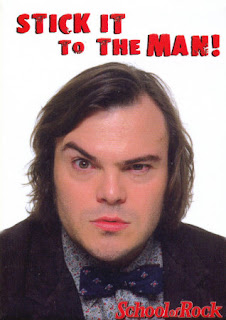 This week, Kingdom Grace (the artist formerly known as "Emerging") did an insightful commentary (entitled The Gender Issue) on an Allelon article by Sally Morgenthaler (entitled After the Show is Over: The Rise of the Feminine in the Postmodern Turn). The two articles, plus the discussion in the comments on Grace's post, make for a fascinating and thought-provoking meditation on "authority" in the church. Did Jesus intend for some of his followers to have "authority" over others? Are authority structures, roles, concepts of prestige, etc. a product of culture?

Many folks in groups who have been denied authority and prestige in the Church (women, minorities, gay folks, etc.) are quite rightly hurt and angered by the very real injustice of that denial. (They are also, quite rightly, hurt by the very real history of the church's lack of respect for them and valuing of their gifts. Let me state up-front: I don't think there's any room to question that the church needs to respect, value, and nurture the gifts of all God's people. But I'm drawing a distinction between respecting and valuing someone, and putting that person in a position of authority. Bear with me.)

The question that I think is being raised here (or, at any rate, the one that I'm raising), is this: Is there another way to resolve this injustice, apart from seeking to put those who have been disenfranchised into positions of authority and prestige? I think that there is, and it gives me a lot of hope.

The other option would be the creation of church communities (and organizations and networks) that aren't built around the concept of some followers having authority over others. Ones that are instead built around mutual servanthood and mutual submission. As Grace says,

The ultimate issue is whether we are ready and willing to embody mutual submission in all of our relationships with one another to the degree that we are even willing to address the structural systems of church and the use of power and position within those structures.

This raises all kinds of questions. What about folks (like many dear friends of mine) whose love of God's Church is inexorably bound up with their love of existing church structures (such as denominations, megachurches, publishing houses, mission organizations, etc.) which have dynamics of authority and prestige built into their very marrow? They may have no choice but to seek authority and prestige if they feel called to change those systems, as opposed to leaving them and seeking their own way. But I have to admit that I do share Sally's fear:

Whether male or female, our questions must ultimately move beyond power and equality to those of ecclesiastical integrity. As important as mutuality is in the kingdom of God, it is quite conceivable to be mutually and equally participating in a failing and misguided enterprise.

This is hard stuff. Another question: could this whole train of thought simply be a ruse on the part of straight, male WASPs like myself (and others who currently have "the upper hand") to pacify the oppressed and keep them under our heel while we hold tight to the reins of authority and prestige? Hellz, yeah! I have no doubt that this line of reasoning has been and will be used in that fashion. Maybe that's what I'm doing right now. Be vigilant.

Here's another question: Does an end to authority and prestige mean an end to leadership? I don't think so, but the question is begged: what would leadership look like in a world like this? Good question.

This leads to another important question: what consequences would this have for the shape and organization of communities and churches? Would they necessarily be small? Would the joining together of Christians communities necessarily be done through peer networks, not hierarchies?

Would this mean giving up some of the benefits that come with the existing authority-and-prestige-based systems? Salaries? Pensions? Book contracts? Would it be possible to opt out of the quest for power and fame, and still make (at least part of) a living from church-related work? (I think so, but these are hard questions.)

I'm certainly not saying that this is the only faithful path to pursue within God's Church. But I am saying that I think it's one faithful path, and it's one for which I have great hope in this postmodern, post-Christendom, post-authoritatian age that we might be entering.

Perhaps the issue is not that everyone can't be The Man. Perhaps it's that we don't need The Man in the first place. Maybe we should just wish him well and go follow Jesus.
Posted at 10:31

Somewhat relatedly — in so much as I'm all for the replacing "authority" with "respectful individuality" — I have been involved with many discussions of this ilk so I point you to my blog on how not to get this done called Olshefsky's Rule of Behavioral Policy-Making. The gist, as soon as you call into question the possibility of a behavioral guideline that is immune to circumvention and to being used for one person to gain authority over another, those presently in power will demonstrate abuse of power and circumvention of rules very soon.

As for your desire to see a community function without an authority-hierarchy, consider Burning Man. Despite what you may have heard to the contrary, the bulk of the event revolves around 40,000 people getting together in the desert, doing whatever they darn-well please, and generally being respectful to one another (sometimes even when they have disagreements) without any people with authority to rule over the actions of another person. Somehow, the 10 Principles of Burning Man tend to keep people free from authority.

And yeah, it's pretty much indistinguishable from a cult except that so far there's been no talk of collectively drinking the Kool-Aid. That, and The Man is the highest authority and we burn him at the end of the week.