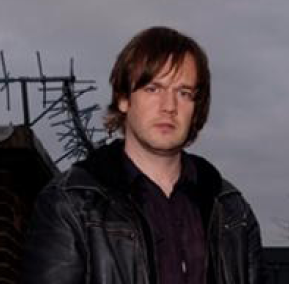 If you're in the DC area and don't have rock-solid plans, you will be kicking yourself - hard - repeatedly - in the pants - if you don't come see Pete Rollins in Arlington on Thursday evening. Seriously.

The official press release follows, with all the deets, but what you really need to know is what I just told my Common Table peeps: buy Pete a beer, and he'll tell you the meaning of life. Fer real.

And if you come out Thursday evening, there's a very good chance that you'll have the opportunity to buy him that beer afterward. I mean, the bloke's Irish, for feck's sake.

Philosopher Dr. Peter Rollins to Speak at The On Thursday, February 26, 2009, at 7:30 P.M., The John Leland Center for Theological Studies will sponsor a lecture by international author and speaker, Dr. Peter Rollins, research associate at , . Dr. Rollins lecture will explore the need to move beyond the mere re-packaging of Christianity through the use of video, contemporary music, and culturally relevant sermons, and he will discuss the emerging sites that offer a vision that radically alters the way in which we express our faith and which ruptures the way in which we understand it. This lecture is free to the public. The event will be hosted by , . For further rmation, contact Jennifer Foucher at (703) 812-4757 ext. 202.
Posted at 22:29 No comments:

A rant on "active" church (with fitness club analogy) 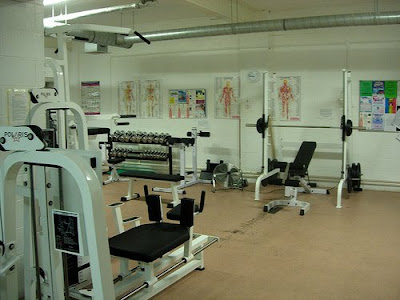 My friend Kate wrote a blog post in which she asked some excellent questions about the nature of "church" and what being a part of this thing called "church" looks like. Among her questions:

But then I began to think a bit - what if I’m the one who needs to be served? What if I’m not in a position to serve yet - not in a place to work? Am I part of the church too? And if I am, what does that mean? And if I’m not, then is that really such a bad thing?

Something in there got me fired up, and I wrote a long comment in reply. Since I ended up with so dang many words, I figured I'd post them here too. Here's me:

I think it depends what you mean by “not in a position to serve.” Here’s what *I* mean.

I don’t think churches should be places in which “just show up and be served (or taught or inspired or whatever)” is an option that would even make sense - on an ongoing basis. We all have periods in our lives when we need to just lean on others - when we’re suffering or overwhelmed or grieving or in crisis. This applies to pastors too, though y’all rarely have the freedom to go into that mode. Of course churches should be communities where we support each other in those times, and don’t ask much of the struggling person - this loving support should be a hallmark of Christian communities. (Though I’d also mention that I’ve received *huge* gifts through coming alongside folks who are struggling - so it’s not as if you’re not “serving” when you’re in a place of needing others to serve/help/support you, IMHO.)

But this should be in the context of a clear cultural context within the church community: it should be obvious to the newcomer walking in that this is a community of people who *all* work to serve and bless each other and the world. Yes, on any given day, not every single person will be able, or even needed, to work/serve. But it should simply be a given fact of the community culture that every single person in the community is encouraged and challenged (by the the people around them, not just the “leaders”) to discern the gifts they have for service, and to serve. This shouldn’t be something people just talk about, or that only some people do - it should be part of the nature of the community.

Walking into a church community should be like walking into a gym/health club. It should be blatantly obvious that everybody is there to actively participate. Sure, I *guess* you could just hang out and watch everybody else exercise, but that’s pretty obviously an odd thing to do. If you’re injured or sick, then you might need to work out *much* less strenuously and/or with a lot of help, or not work out at all for a while. But still, the nature of the place is immediately apparent. If you don’t want to exercise, you’ll probably go somewhere else.

I honestly think churches should be like that. Jesus calls followers, not fans. “Show up and be appreciative” should really not be a long-term option. *Everybody* has gifts, *everybody* can serve (I recall a story of an elderly woman who became frail, deaf, and blind - and found a new calling as a powerful intercessory prayer warrior), and our church communities should be places where *everybody* is actively invited to do so - from day one - not just with words but by the very nature of the community. Everybody else is serving, so it would be kinda weird not to.

And I do mean “from day one”. You’re new? Welcome! Can you help me put these books away? You’ve got doubts? Me too. What’s your take on today’s Scripture passage? Etc. But I *don’t* believe in the “We’ll start you out with just sitting back and being served/taught/inspired, then maybe you’ll eventually graduate to participation.” That’s rubbish. That’s how people go their whole lives as fans, not followers, of Jesus.

OK, sorry for the big rant. Whew. I got going there. Anyway, obviously something I feel strongly about.

Head on over to Kate's blog for the whole conversation - it's much better with all her words there too.

image by The Killer Biscuit (rights)
Posted at 10:12 2 comments:

This post is 100% stolen from P3T3RK3Y5. If you want to help get this story out, feel free to do like I did: don't shade your eyes - plagiarize! 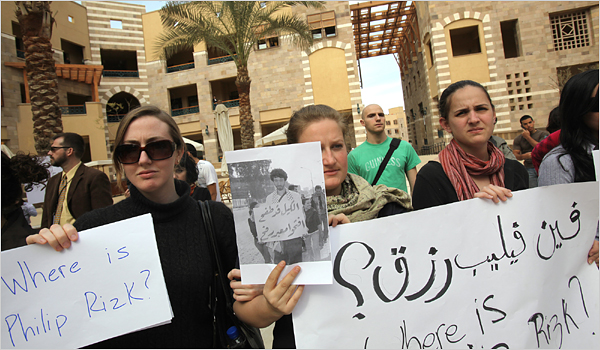 Facebook Group - Please Join to raise visibility on this unlawful detention lacking in due process.

The more visibility this gains - the safer Philip is.


p.s. Want to Learn More?
Read more about Egypt, and it's human rights record.
US Aid to Egypt is great than any other Arab State.
P3T3RK3Y5
Posted at 10:00 4 comments: 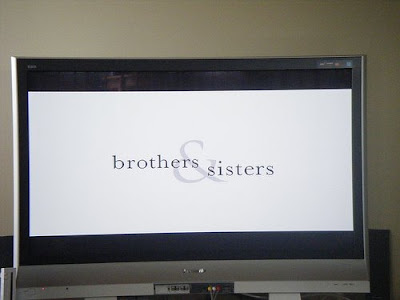 (HT to Moff for the title - she officially named this endeavor in an IM conversation recently.)

So I've been playing amateur PI lately (you know, like Magnum, only with far less successful facial hair), searching the interwebs for the trail of my biological father and his family.

The relationship between my Mom and my biological father, so I gather, was not really going to be a thing, so they parted ways amiably before I was born. (I've never laid eyes on the man.) My Mom and Dad (my real Dad, I mean) met several years later, and they married when I was about 6. (I was their ring bearer.) Dad adopted me, and they even changed my birth certificate. (Weird, huh?) And, quite honestly, this whole thing is something that I've thought about only rarely, my entire life. I know who my parents are, they've always been awesome, and this has not really been a source of ambiguity, doubt, longing, or even curiosity for me.

As for biodad, I've always known his name, and for many years I've known his address and phone number. He married, had kids, and settled down not far from where I grew up - and has lived in the same place for decades. About ten years ago, when Tina and I were trying to have kids, I sent him a letter, hoping to get some family medical history. He didn't reply, but it turned out to be a moot point when I found out shortly after that I can't conceive.

Until recently, though, I knew very little about him: his name, address, and phone number (which were in the phone book), and his wife's name and the fact that he'd had other kids (because Mom mentioned those facts). Mom didn't know anything else about his kids.

Then, last year, Mom's brother Roger, who had been missing for 26 years with zero contact with anybody in the family, found my Mom online and "plunk!" reappeared (albeit in a very minor way) in our lives. And this got me thinking about the siblings I've never met. I've never felt any need for biodad to be a part of my life, and I still don't - and by the same token, there is no lack in my life that I'm looking for these siblings to fill. But still - they're my family. I'd like to know who they are, and vice-versa. So I decided to do some digging. And I found out: I do, apparently, have a sister and two brothers!

So I emailed biodad, told him what I'm hoping for, and asked him to get back to me - and also said that if I didn't hear back and he didn't ask me not to, I'd try other methods of contacting his kids.

It didn't bounce. I wonder what will happen next? I'm really not expecting much, but I'm probably hopeful enough to set myself up for some disappointment.